skip to main | skip to sidebar

Nothing exists except an endless present 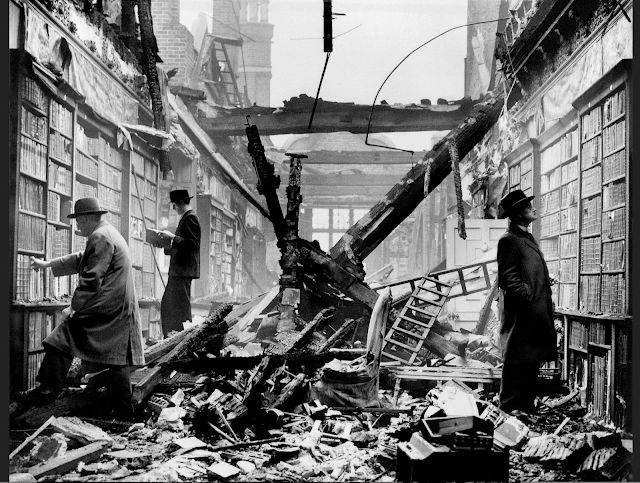 More than 1,500 book bans have been instituted in US school districts in the last nine months, a study has found, part of a rightwing censorship effort described as “unparalleled in its intensity”.

“Every record has been destroyed or falsified, every book rewritten, every picture has been repainted, every statue and street building has been renamed, every date has been altered. And the process is continuing day by day and minute by minute. History has stopped. Nothing exists except an endless present in which the Party is always right.”**

“Books can not be killed by fire. People die, but books never die. No man and no force can abolish memory... In this war, we know, books are weapons. And it is a part of your dedication always to make them weapons for man's freedom.”

The photograph provides an image of the fetishization of the text, or document, of the ways in which history attaches itself, not to the social disturbances and crises surrounding it on all sides, but to the ruins of the past, and even more so, to the orderly archive of the narratives of those ruins. In that austere repository of the bound volumes of fabula and historia -- the library -- the scholar seeks the world of lived human experience but encounters instead one of its chief symptoms -- writing. link

Posted by secretfragileskies at 7:59 AM

Newer Post Older Post Home
Subscribe to: Post Comments (Atom)
"There is still a point where the present, the now, winds around itself, and nothing is tangled. the river is not where it begins or ends, but right in the middle point, anchored by what has happened and what is to arrive. You can close your eyes and there will be a light snow falling in New York..." 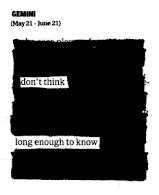 Those walls of yours are shadows of walls, And your light disappeared forever. Not the world’s monument anymore, an oeuvre of your own Stands beneath the sun in an altered space.

“You carry away with you a reflection of me, a part of me. I dreamed you; I wished for your existence. You will always be a part of my life. If I love you, it must be because we shared, at some moment, the same imaginings, the same madness, the same stage.”

“The world is airtight
yet held together
by what it does not house,
by the vanished. They are everywhere.”

Dead men make such convenient Heroes.
They cannot rise to challenge the images
We would fashion from their Lives.

"And let me ask you this: the dead,
where aren't they?"
- Franz Wright

“Wherever
his hand has lain there is
a tiny purple blemish. Each part
is a blossom under his touch
to which the fibres of her being
stem one by one, each to its end,
until the whole field is a
white desire, empty, a single stem,
a cluster, flower by flower,
a pious wish to whiteness gone over—
or nothing.”

Then there was someone else I met,
whose face and voice I can’t forget,
and the memory of her
is like a jail I’m trapped inside,
or maybe she is something I just use
to hold my real life at a distance.
Happiness, Joe says, is a wild red flower
plucked from a river of lava
and held aloft on a tightrope
strung between two scrawny trees
above a canyon
in a manic-depressive windstorm.
Don’t drop it, Don’t drop it, Don’t drop it—,
And when you do, you will keep looking for it
everywhere, for years,
while right behind you,
the footprints you are leaving
will look like notes
of a crazy song.

Speech after long silence; it is right,

All other lovers being estranged or dead,

Unfriendly lamplight hid under its shade,

The curtains drawn upon unfriendly night,

That we descant and yet again descant

Upon the supreme theme of Art and Song:

We loved each other and were ignorant.

"I think if it's not magical, it's not going to happen, because all the other solutions I see around me-religious solutions, scientific solutions, intellectual solutions- you know, everything is too little too late and not good enough."
Woody Allen
:image 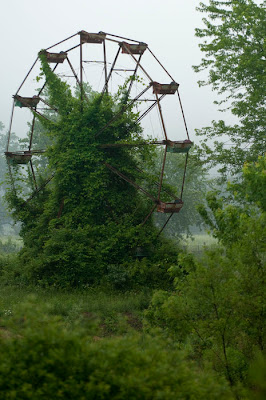 Mere forgetfulness cannot remove it
Nor wishing bring it back, as long as it remains
The white precipitate of its dream
In the climate of sighs flung across our world,
A cloth over a birdcage. But it is certain that
What is beautiful seems so only in relation to a specific
Life, experienced or not, channeled into some form
Steeped in the nostalgia of a collective past.